Home Executive [Presidential Election 2022] How Is The President Of India Elected?
Executive

[Presidential Election 2022] How Is The President Of India Elected? 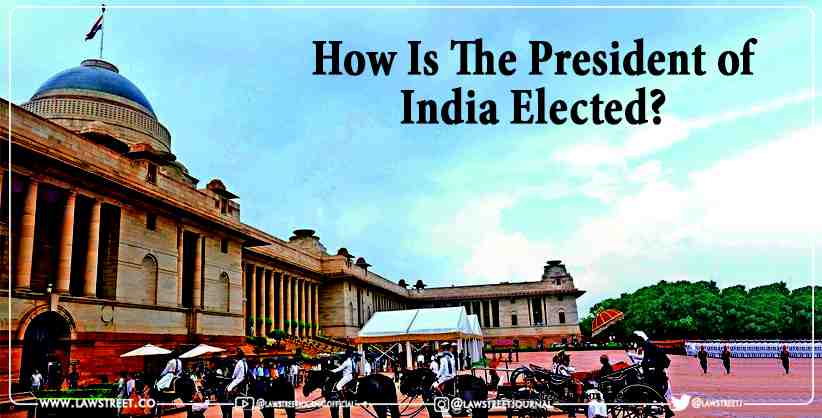 On June 9, 2022, the Election Commission of India (ECI) declared that voting for India's next President will take place on July 18, 2022. President Ram Nath Kovind's term ends on July 24, and an election for the next president has to be held before that day.

According to Article 56 of the Constitution of India,

"The President shall hold office for a term of five years from the date on which he enters upon his office."

The President of India, like any other democracy, is elected indirectly by the people of the country. The electoral college is used in the presidential elections, which means that all of the representatives elected by the people of India to various public offices at the state and national levels vote to elect the President.

Article 54 of the Constitution states that,

Who can become the President of India?

The qualifications for the election as President are given under Article 58 of the Constitution of India.

Anybody who is a citizen of India and can fulfil some additional conditions is eligible to become the President. The minimum age required for someone to become President is 35 years, and the candidate must be qualified for the election as a member of the House of the People, the Lok Sabha. The candidate must not hold any office of profit. Additionally, the presidential candidate also needs the official backing of at least 50 proposers and 50 seconders, who can be either state or national level public representatives.

This rule was enacted to weed out bogus nominations. By this the candidates who have no chance of winning will not apply to become the President.

How to elect a President?

As per Article 55 of the Constitution of India,

" The election of the President shall be held in accordance with the system of proportional representation by means of the single transferable vote and the voting at such election shall be by secret ballot."

Similarly, the value of 80 MPs’ votes from Uttar Pradesh is 80×700, that is 56,000. This amounts to a total of 12.9 percent votes for Presidential polls from UP alone with a total of 139,824 votes. Other smaller states in the country have lower values for MLA votes. In this way, a total of more than one million votes were cast for the Presidential elections across India.

Unlike in other elections, the clear winner is not someone who gets the maximum votes but gets more votes than a defined quota. The quota is determined by dividing the sum of valid votes by 2 and adding one to the quotient. A candidate can only be declared the winner if he gets more total votes than the defined quota.

Will Kashmir be participating in the Presidential polls?

Elected members representing Jammu and Kashmir in both the Houses of Parliament will be participating in the Presidential elections. But there will be no representatives from the Legislative Assembly.

Amount Spent By Brother On Maintenance Of Divorced Sister Should Be Considered While Determining Maintenance Amount: Delhi HC

What Is Red Corner Notice Issued Against Goldy Brar In Moosewala Murder Case?