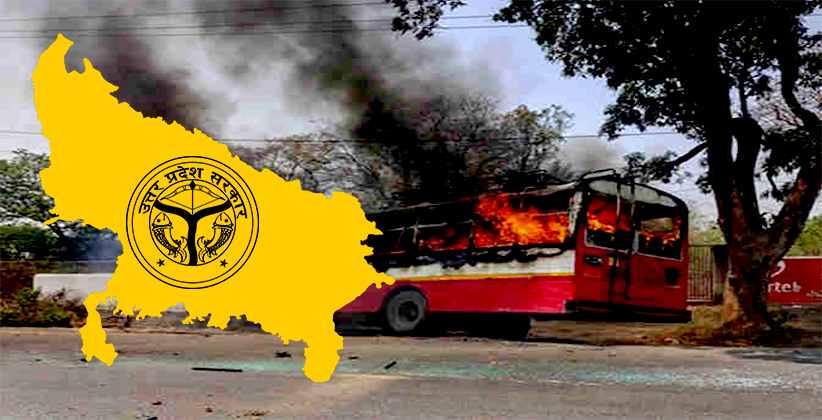 A Supreme Court Division Bench consisting of Justice DY Chandrachud and Justice KM Joseph yesterday (February 1, 2020) directed the State of Uttar Pradesh to file a reply to the petitioners in the case challenging arbitrary action by the Government against anti-CAA (Citizenship Amendment Act, 2019) protestors.

The Uttar Pradesh (UP) Government earlier had issued notices against 372 people to convalesce damages caused to public properties during the demonstrations held against CAA. The Apex Court while hearing said that notices were sent arbitrarily, one such was sent to a person, who died six years ago at the age of 94. The counsel representing the petitioner mentioned that the State of Uttar Pradesh appointed the Additional District Magistrate to deal with the claims but there is a mandate from the Supreme Court of India that a sitting or retired Judge of a High Court should deal with such matters.

Further, the counsel prayed that there is no place to appeal after the passing of an order and the petition states that the order made by the High Court is the violation of guidelines framed by the Supreme Court of India in the case of Destruction of Public and Private Properties v. Government of Appellant, (2009) 5 SCC 212. In that judgment, the Supreme Court had issued guidelines stating that in absence of State Legislation to recover such damages on account of violence, the High Court may take cognizance of incidents of accumulative indemnity to public property on its own in suo moto deed and set up apparatus to examine and grant reimbursement. The Sitting Judge or Retired judge of High Court shall be appointed as the Commissioner to estimate the loss or probe liability and it can seek instructions from the High Court for evidence to probe loss suffered to public property. When the assessment is finished by the commissioner then the decision will be taken, whether the loss caused should be borne by perpetrators or not whereas, the order which was made by the High Court of Allahabad said that the Government of Uttar Pradesh will probe and establish a commission to inquire into the loss caused in the territory of Uttar Pradesh during the protest. There were questions which were raised by the appellant that notices issued by the Government of Uttar Pradesh are very arbitrary as there is the absence of FIR and criminal offences performed by the person to whom the notice has been sent. Consequently, the allegation was made by the petitioner that the Uttar Pradesh Police is using excessive power to crackdown on the protests against the CAA which vitiated the Rule of Law and infringed the fundamental rights affirmed in the Constitution of India, 1949.

After passing of the Act on Citizenship in the Upper House of the Parliament, there were protests against the Act on roads and properties belonging to the public attacked by the protesters. Many people did get arrested for their actions but Police did use excessive power to install peace in the society which was seen apprehensively by Civil Right Activists. One such scene which stunned the people in India was entering of Police forces inside the campus of Jamia Millia Islamia and Aligarh Muslim University without taking permission from the Authorities for Administration of the University. Yesterday, a teenager named Ram-Bhakt Gopal detainedby Delhi Police for shooting and creating a disturbance in a rally organized by the students of Jamia Millia Islamia University. The State Government of Assam did mention in their report for loss suffered against CAA was around thousand crores in tourism within two months and cumulative loss to those areas within the Jurisdiction of North-East Frontier Railway (NFR) was 100 crores. Whereas, other state governments in India coerced the people in the protests to compensate for the loss caused to the public property and it was performed diligently by the Government of Uttar Pradesh.