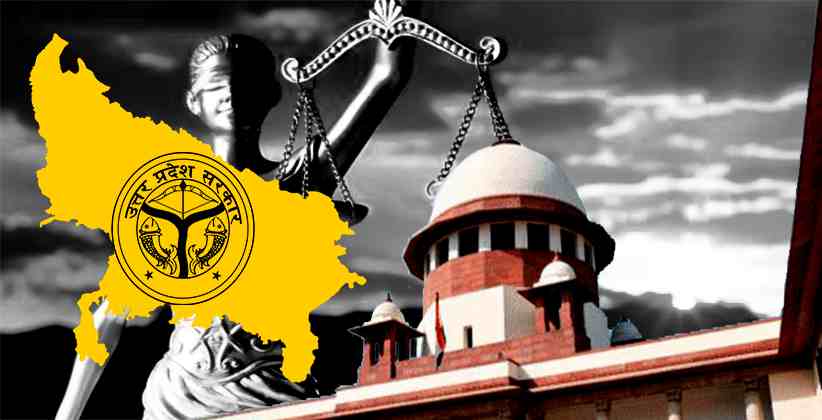 The Supreme Court of India on 31st of January, 2020 issued a notice to the Uttar Pradesh (UP) Government and sought response on a plea for quashing notices sent to alleged protesters by district administration for recovery of losses during anti-Citizenship Amendment Act, 2019 (CAA) protests. A bench comprising Justices D Y Chandrachud and K M Joseph issued the notice to the state government and directed it to file its response within four weeks.

The Apex Court was hearing a plea where it is alleged that the notices were sent in an "arbitrary manner" against a person, who died six years ago at the age of 94. People aged above 90 were also issued notice, the plea states. The plea has sought setting up of an independent judicial inquiry into the incidents which happened during the protests against CAA and the National Register of Citizens (NRC) in Uttar Pradesh, as has been done by the Karnataka High Court.

The UP government had slapped notices on 372 people (out of 478 identified) to recover damages caused to public properties during the agitation in the state. Citing a set of Supreme Court recommendations from 2007 and a 2011 Allahabad High Court order, Chief Minister Yogi Adityanath justified the move after he declared "badla" (revenge) on rioters.

Advocate Parwaiz Arif Titu, a petitioner in the case, has sought a stay on these notices claiming they have been sent to persons who have not been booked under any penal provisions and no details of FIR or any criminal offences have been made out against them. The plea, that has been filed through advocate Nilofar Khan, has said that notices were based on an Allahabad High Court verdict delivered in 2010 which "is in violation of the guidelines" passed by the Apex Court in a 2009 judgment which was later re-affirmed in a 2018 verdict.

The contradiction is that while the Supreme Court in 2009 put the onus of assessment of damages and recovery from the accused on high courts of every state, whereas the Allahabad High Court had issued guidelines in 2010 judgement that let the state government undertake these processes to recover damages, which has serious implications.

"The judicial oversight/security is a sort of safety mechanism against arbitrary action. This means that there is every chance that the ruling party in the state could go after its political opponents or others oppose to it to settle scores," it has said.

As it has been observed, the government of Uttar Pradesh, its administration and police are no longer behaving like the arm of a democratic government as it cracked down on protests against the CAA and NRC. "The police on the instructions of the UP administration used disproportionate force and denied public accountability," it alleged. This is a sad state of affairs that we all have had to witness lately.