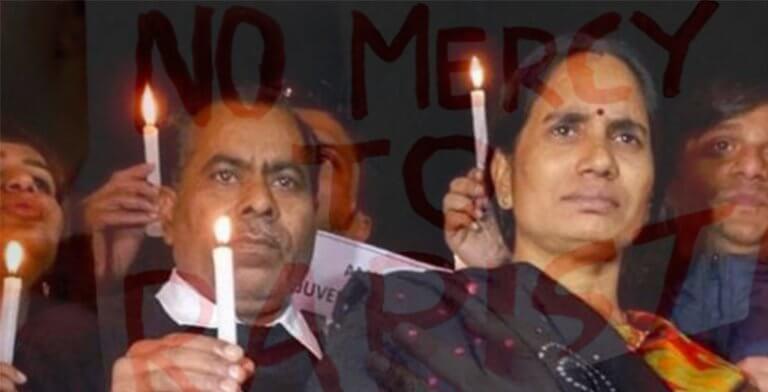 A Delhi court on June 3, 2019, issued notice to the Tihar jail Superintendent to submit the status report on the convicts in the Nirbhaya rape and murder case.

Additional Sessions Judge Pawan Kumar Jain has asked the Tihar jail Superintendent to appear in person on July 19, 2019, to submit the status report.

The court has also asked the jail authorities to apprise it of the various legal remedies that all the four convicts have availed of and on those which are pending.

The notice was issued pursuant an application filed by Nirbhaya's parents seeking expeditious execution of the rape convicts.

Speaking to the media, Nirbhaya's mother Asha Devi said, "For some reason, the case is being stretched. I request the Central and state government to expedite the process and execute the convicts."

The Supreme Court had on December 12, 2018, dismissed the PIL filed by a lawyer, Alakh Alok Srivastava, seeking a direction to the Centre to execute the death penalty awarded to four convicts- Mukesh, Pawan, Vinay and Akshay- in the sensational Nirbhaya gangrape and murder case.

Mr. Srivastava, in his plea had contended that, “Such delay in execution of Death Penalty, in the considered view of the Petitioner, is acting as a bad precedent and not able to act as a deterrent to the Rapists resulting into increasing incidents of horrific offences of Rapes being reported on daily basis in our country.”

Following the dismissal of the PIL, in February this year, Nirbhaya's parents moved an application in the court seeking the procedure to hang all four convicts in the case to be fast-tracked.

In July 2018, the Supreme Court had dismissed the pleas filed by Mukesh, Pawan, and Vinay seeking review of the apex court verdict which had upheld the judgments of the Delhi High Court and the lower court awarding death punishment to them.

Sanjay Dutt Was Released On Remission Despite Centre’s Refusal