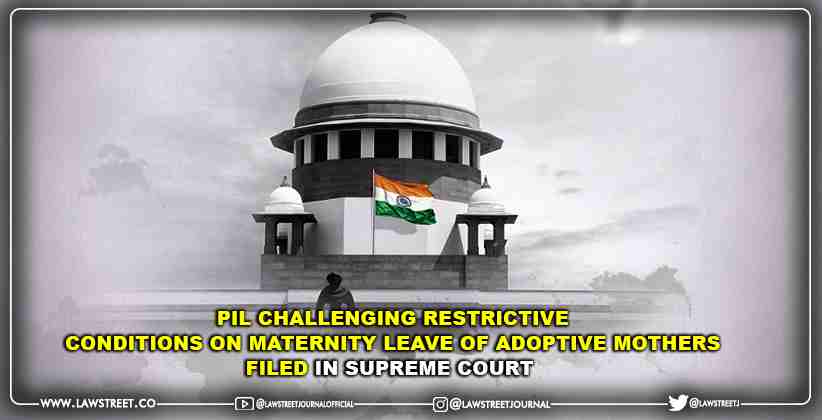 A Public Interest Litigation (PIL) questioning the constitutional validity of Section 5 (4) of the Maternity Benefit Act, 1961 was recently filed in the Supreme Court. It challenges the restrictive conditions imposed on maternity leave of adoptive mothers.

AVERMENTS IN THE PETITION

The plea filed by Hamsaanandini Nanduri states the harms of such condition imposed on the adoptive mothers as well as the loopholes of the Act.

Firstly this kind of a condition would encourage the parents to adopt a newborn child against an older child which is discriminatory towards the other children who are older than the age of 3 months.

Secondly, the plea contends that the Act does not consist of any provision which talks about maternity leave for a mother who is adopting an orphaned, abandoned or surrendered child above the age of 3 months.

The plea is listed before Bench of Justice Abdul Nazeer and Justice Krishna Murari on Friday, 1st October, 2021, in the Supreme Court.