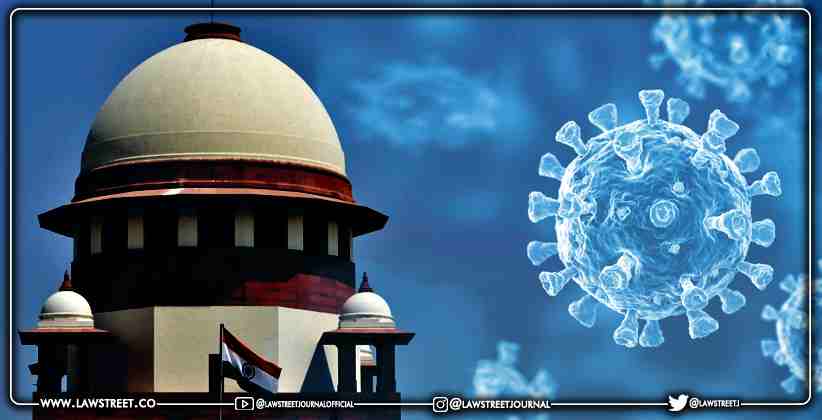 A Public Interest Litigation (PIL) has been filed in the Supreme Court for directions to the authorities to give ex gratia monetary compensation of Rs 4 lakh to relatives of the individuals who succumbed to Covid-19.

This petition was filed by Advocate Harisha SR on behalf of Advocate Reepak Kansas called attention to the that the central government provided a revised list and rules of help from State Disaster Response Fund (SDRF) and National Disaster Response Fund (NDRF) and suggested ex gratia compensation of Rs 4 for each deceased individual to those associated in the relief activities.

Plea added that On March 14, 2021, the Union government pronounced Covid-19 as a national disaster by a warning that it is even more important for the public authority under Section 12 of the Disaster Management Act, to suggest the minimum norms of relief to affected people.

The petition further said that it is the right of relatives to know the" real reason for the death of their family members on any official document" and added" that clinical officials have not been conducting post mortem of the individual who is dying due to Coronavirus.

The plea additionally looked for apex's court intervention and proper directions to the respondent state government to give an official document expressing the reason for the death of the deceased during the Coronavirus pandemic.

The plea also states the monetary help was a constitutional obligation on the state as the right to live with the dignity of the victim and their relatives, were infringed because of the death of the bread worker.