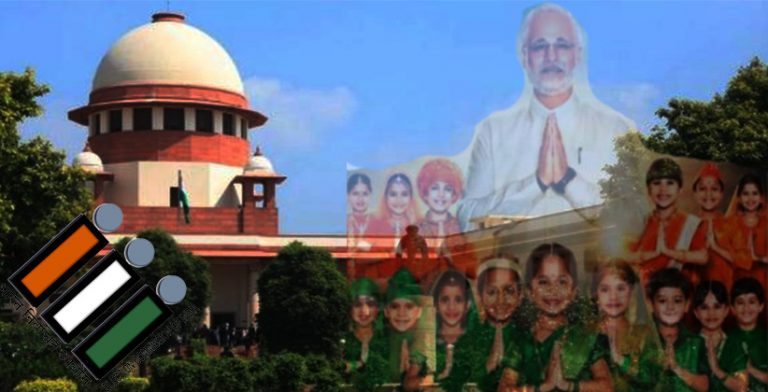 The Election Commission today (April 22, 2019) submitted its detailed report to the Supreme Court on the biopic of Prime Minister Narendra Modi.

A Bench comprising of Chief Justice of India Ranjan Gogoi and Justices Deepak Gupta and Sanjiv Khanna took the report and asked the poll panel to supply a copy of the report to the producer of the movie.

The Bench has now fixed the plea of producers challenging the EC's ban on the movie for hearing on April 26, 2019.

On April 15, 2019, the apex court had directed the agency to re-examine its order banning the release of the biopic and to take an informed decision after watching the full movie.

The direction was issued after Senior advocate Mukul Rohatgi, appearing for film producers informed the top court that the poll panel has taken the decision after watching the promo, and not the entire movie.

The EC had on April 10, 2019, stalled the release of the film until the end of the polls, asserting that any biopic material with the potential to disturb the level-playing field during elections should not be displayed.

The commission, in a separate order, had also directed the producers "not to exhibit the film titled 'PM Narendra Modi' till further orders".

Previously, on April 9, 2019, the apex court had dismissed a petition filed by a Congress leader seeking a stay on the release of the film, saying “too much of court time is wasted on these non-issues.”

The apex court had held that whether the movie violates Election laws or not is for the Election Commission to decide.

The Modi biopic, starring Vivek Oberoi, was earlier set to release on April 11, 2019.