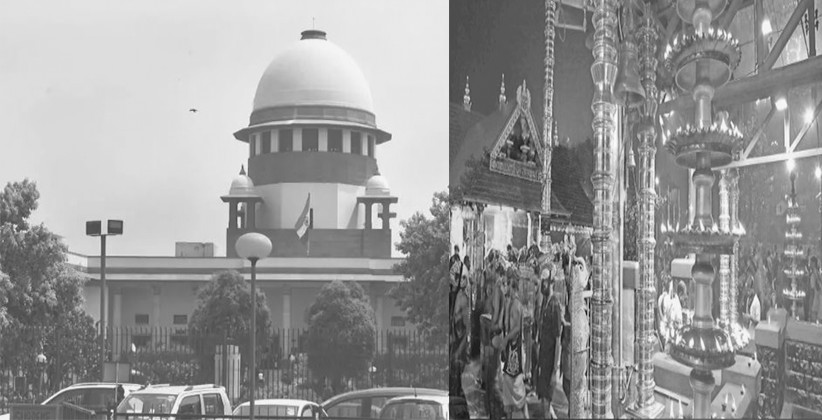 The Supreme Court today i.e., January 22, 2019, declined an urgent hearing of petitions seeking a review of its judgment passed on September 28, 2018, allowing women of menstruating age to enter the Sabarimala temple in Kerala.

The refusal came when advocate Mathews Nedumpara mentioned the matter in the court. Chief Justice of IndiaRanjan Gogoi said that he cannot fix a date for hearing the review petitions as JusticeIndu Malhotra is on medical leave till January 30, 2019.

“We cannot fix a date, we have to ascertain from the learned judge (Justice Indu Malhotra) when she will be back and then we will decide a date. She is on leave till January 30,” CJI Gogoi said.

The matter was scheduled to be listed for today. However, on January 15, 2019, CJI Gogoi revealed that it was unlikely to come up today, as Justice Malhotra was on medical leave.

The Supreme Court on November 13, 2018, has agreed to hear the forty-nine review petitions filed against its September 28, 2018, judgment allowing women of all ages’ entry into the Sabarimala temple in open court.

The review petitions were listed before a Bench headed by CJI Gogoi, along with JusticesInduMalhotra, Rohinton Nariman, A.M. Khanwilkar, and D.Y. Chandrachud.

A Constitution Bench by 4:1 majority struck down Rule 3(b) of the Kerala Hindu Places of Public Worship (Authorisation of Entry) Rules, 1965, to allow entry of women, irrespective of their age, into the Sabarimala Ayyappa temple in Kerala. The Bench headed by then CJIDipak Misra and comprising of Justices Rohinton Nariman, A.M. Khanwilkar, D.Y. Chandrachud, and Indu Malhotra held that Rule 3(b) of 1965 Rules which bars entry of women between the ages of 10 and 50 years into the Sabarimala temple is a clear violation of right of Hindu women to practice religion under Article 25 of the Constitution of India. Following the judgment, violence had erupted in and around the temple to prevent women from entering the shrine.