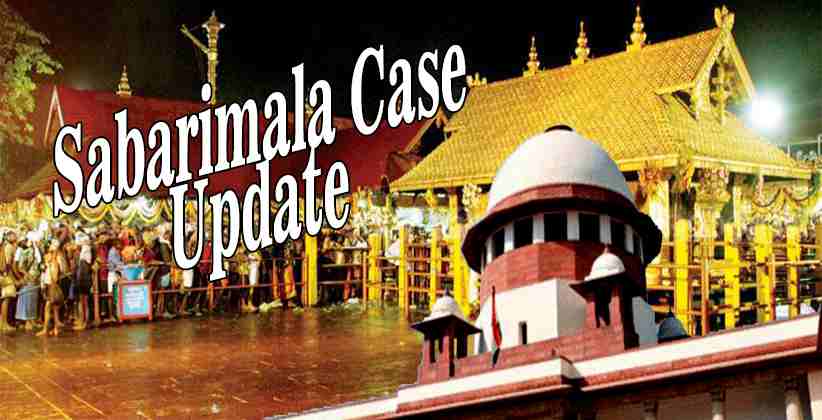 The Supreme Court on 10 February, 2020 has upheld its decision to refer the Sabarimala Case to a larger bench and has framed seven legal questions surrounding entry of women into the Sabarimala temple, in pursuance of its review jurisdiction.

The legal questions framed for consideration include the ambit of right to freedom of religion under Article 25, the inter-play between Articles 25 and 26, reasonable restrictions imposed on Article 26 by virtue of Part III of the Constitution of India, 1949, scope of morality under Articles 25 and 26, scope of judicial review with reference to Article 25, meaning of “Sections of Hindus” provided under Article 25 (2) and the locus standi of person not belonging to a a religious denomination or religious group to question a practice of that religious denomination or religious group by filing a PIL.

A five judge bench, by majority of 3:2 on the 14 November, 2019 referred to a larger bench, the issue of discrimination against women at various religious places of worship. The majority verdict by the former Chief justice Ranjan Gogoi and Justices AM Khaniwilkar and Indu Malhotra decided to keep the plea in a review decision regarding the issue of entry of women into the shrine as pending while further opining that restrictions were not only limited to Sabarimala and prevailed in other religious places as well such as entry of Muslim women in a dargah/mosque, the marriage of Parsi women to non-Parsi men into the holy fire place of an Agyari and the practice of female genital mutilation amongst the Dawoodi Bohra community.

The formation of a larger bench to frame issues was challenged by various petitions and the Kerala government. A review bench, it was argued, can only correct errors in the judgment which is being reviewed and it cannot frame legal issues and refer it to a larger bench.

Thereafter, several petitions were filed in the Court to review its 2018 judgment, which will be decided after the nine-judge bench answers the legal questions that have been referred to it.