Supreme Court Slams Central Government, States That Their Patience Is Being Tested Over Pending Appointment Of Personnel Under The Tribunal Reforms Act, 2021 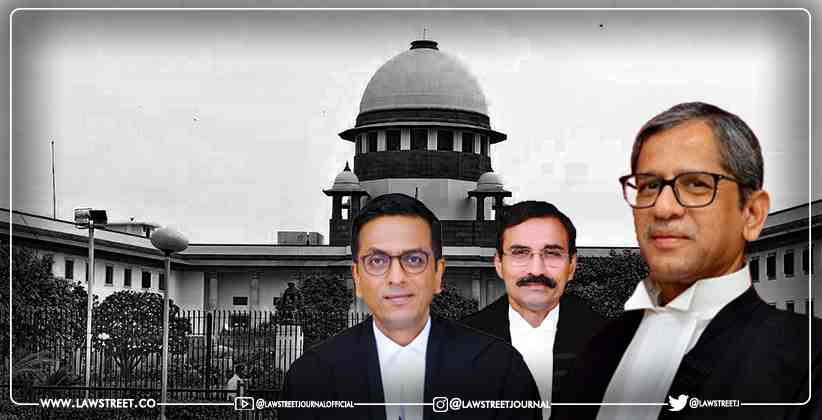 The Apex Court on Monday, September 6, 2021, questioned and criticized the Central Government’s delay in appointing personnel to the tribunals under the Tribunal Reforms Act, 2021.

The court also slammed the government regarding the inclusion of identical provisions in the act which the apex court had struck down in its earlier decision.

APPOINTMENT IN THE TRIBUNALS

The Bench consisting of Chief Justice of India NV Ramana, Justice DY Chandrachud, and Justice L Nageswara Rao stated that the Central Government has not been respecting the judgement of the court and has been testing their patience by not appointing the members and other important personnel to the various tribunals.

The Bench demanded the answers from the Solicitor General, Tushar Mehta representing the government about the number of appointments that have been made until now.

The Supreme Court further questioned the Central Government about the major tribunals such as the National Company Law Tribunal (NCLT) , National Company Law Appellate Tribunal (NCLAT), Consumer forum, Green Tribunal, Armed Forces Tribunal, Telecom Disputes Settlement and Appellate Tribunal (TDSAT), Debt Recovery Tribunal that have become virtually inoperative as their members have not yet been appointed by the Central Government.

There were four provisions included in the new act which were struck down by Justice Rao of the Supreme Court in Madras Bar Association. They were as follows -

Any person who is below 50 years of age cannot be appointed as the chairperson or member, three names to the panel would be suggested by the selection committee, members of the tribunal would have a four-year term, and salary and terms of appointment were supposed to be the same as the bureaucrats.

Along with the stated line of question, the Bench took action by issuing a notice on the writ petition filed by the Member of Parliament from Congress, Jairam Ramesh against the Tribunal Reforms Act stating that the act is in contempt of the orders of the court, as it consists of the provisions which it had struck down previously.

The Bench has ordered that they will listen to the matter again in the coming week, but expect some appointments to be made by the Central Government until then.

They also stated that they do not wish to involve the Attorney General as they are not interested in any further confrontation in this regard.