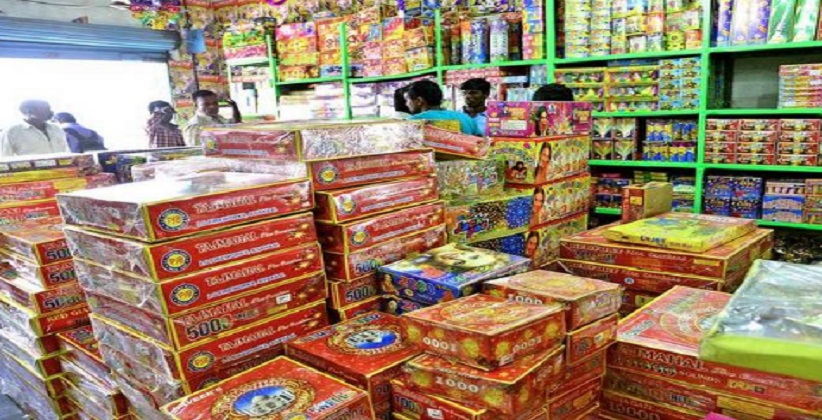 The Supreme Court today (October 23, 2018) in the case of Arjun Gopal and Others v. Union of India and Others, has ruled against imposing a complete ban on the sale of firecrackers and said that only less polluting green crackers can be sold, that too only through licensed traders.

A Bench comprising of Justices A.K. Sikri and Ashok Bhushan also banned the online sale of firecrackers, restraining e-commerce websites such as Flipkart and Amazon from carrying out its sale.

The Court also set the duration for the bursting of crackers. On the day of Diwali and other religious festivals, it will be between 8 PM and 10 PM. On Christmas Eve and New Year, it will be allowed only between 11.45 PM and 12.45 AM.

Earlier, on August 28, 2018, the court had reserved its verdict on the PILs filed by kid petitioners- Arjun Gopal, Aarav Bhandari and Zoya Rao Bhasin, all aged between three and four years.

The PIL was filed seeking a complete ban on sale, purchase and transportation of crackers.

The court had earlier observed that there was a need to strike a balance between the right to the health of citizens and the right to carry on the trade of firecracker manufacturers.

The Centre had opposed a complete banon firecrackers and suggested certain conditions could be imposed on the manufactures and sale of high-decibel firecrackers instead.

Further, firecracker manufacturers also challenged the ban, saying it would affect their livelihood. According to them, firecrackers alone could not be held as the sole reason for pollution during Diwali, and an entire industry should not be shut down.

They contended that pollution had reached alarming levels, not due to the bursting of firecrackers alone, but also other factors such as vehicular pollution, construction dust and stubble burning.

On August 1, 2018, hearing the matter Justice Sikri had said that “we know in each household, the children are affected. 28 to 30 percent of children we know suffer from ailments like asthma and bronchitis owing to the harmful effects of smoke. But do we need a complete ban and control or regulate the sale for a minimal effect, that is what we have to decide.”

The apex court had on October 9, 2017, just before Diwali suspended the sale of firecrackers in Delhi and NCR till November 1, 2017, in a bid to test whether the festival without firecrackers will have a “positive effect” on the health of citizens and a steadily deteriorating air quality. It was to test itself to find out whether there would be a positive effect of the ban on air quality.

Mr. Sankaranarayanan, counsel for the petitioners, had pointed out that in three previous orders, the court had recorded that fireworks cause pollution and that the PM 2.5 levels spike during Diwali causes irreversible damage to the public, particularly to children and the aged.