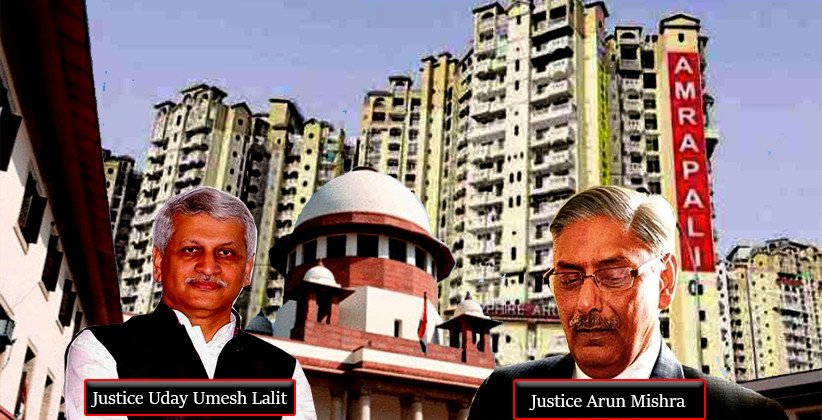 A Division Bench comprising of Justices Arun Mishra and UU Lalit had directed thousands of homebuyers to pay outstanding dues by January 31, 2020 either in one go or in installments for the speedy completion of the all the stalled projects.  The Apex Court had asked 28 banks, who have entered into agreements, directly with home buyers or through the Amrapali Group for financing homes, to disburse the pending amount within one month.