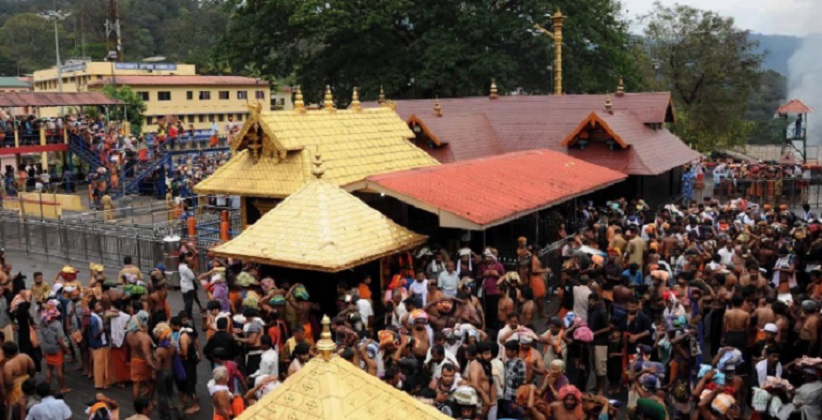 The Supreme Court today (October 23, 2018) has fixed the date for hearing review petitions filed by Ayyappa devotees against its September 28, 2018, majority judgment allowing women of all ages entry into the Sabarimala temple, on November 13, 2018.

On October 22, 2013, Chief Justice of India Ranjan Gogoi had said that the date would be fixed for a hearing on a mentioning made by the National Ayyappa Devotees Association.

Earlier, on October 12, 2018 the court had declined to stay the judgment and also refused to hear the petitions before the court had closed for Dussehra holidays.

The petitions, including the one filed by Shylaja Vijayan, president of the National Ayyappa Devotees Association, has argued that ‘reform’ does not mean rendering a religious practice out of existence on the basis of a PIL filed by “third parties” who do not believe in the Sabarimala deity.

Another petitioner, Nair Service Society, has contended that the court should take judicial notice that an “overwhelmingly large section of women worshippers are supporting the custom of prohibiting entry of females between the age of 10 and 50 years at Sabarimala temple.”

The lifting of the prohibition at the instance of third parties, in spite of opposition by a large section of women worshippers, is anomalous, the petition said.

A review by Chetna Conscience of Women has argued that a Pandora’s box would be opened if a constitutional court began entertaining petitions which purely pertain to faith, customs, practices and beliefs.

A Constitution Bench of the apex court by 4:1 majority had upheld the PIL filed by Indian Young Lawyers Association challenging the prohibition on women aged between 10 and 50 from undertaking the pilgrimage to Sabarimala temple. The Bench found that a restriction on women solely based on her menstrual status was a smear on her individual dignity.