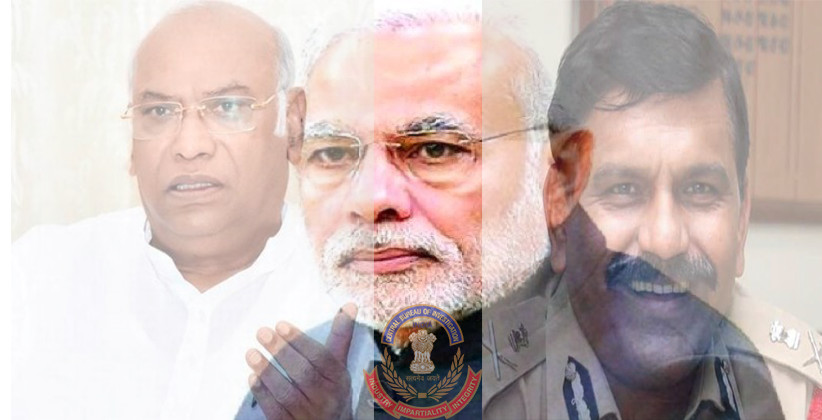 The Leader of Opposition Mallikarjun Kharge has written to Prime Minister Narendra Modi, terming the appointment of M. Nageswara Rao as the CBI's interim director "illegal" and demanding that a meeting of the selection committee be convened immediately to appoint a new chief of the probe agency.

Kharge, who is part of the Prime Minister-led three-member panel that removed Alok Verma as CBI chief, alleged that the government is scared of CBI led by an "independent" director.

"Actions of the government indicate that it's scared of a CBI headed by an independent director," Kharge wrote in his letter to PM Modi.

He also demanded the Prime Minister to make public the reports of the Central Vigilance Commission and Justice A.K. Patnaik in relation to the former CBI Director.

“The Government should come clean by releasing the CVC Report, the report of Justice Patnaik and minutes of the meeting held on 10th January 2019 so that the public can draw its own conclusion in the matter,” he wrote in the letter.

Kharge in the letter wrote that despite his best efforts to convince the members of the committee to follow the due process of law and the principles of natural justice, the members chose to take a decision based on a report that now stands disowned by Justice Patnaik who was asked by the top court to monitor the CVC’s enquiry.

Further, Kharge said that “Such huge embarrassment could have been avoided if the committee had decided to independently examine the report of the CVC, the report of Justice Patnaik, the submissions of Alok Verma in his defence and draw its own conclusions before reaching a decision.”

“A committee that consists of senior representatives of the Executive, Legislature and Judiciary should not take a decision merely on a report prepared by an outside agency, howsoever competent without vetting that report and applying its own mind,” Kharge added.

He alleged that the government seems to be worried about something and in a tearing hurry an irrational decision was taken to transfer Mr. Verma.