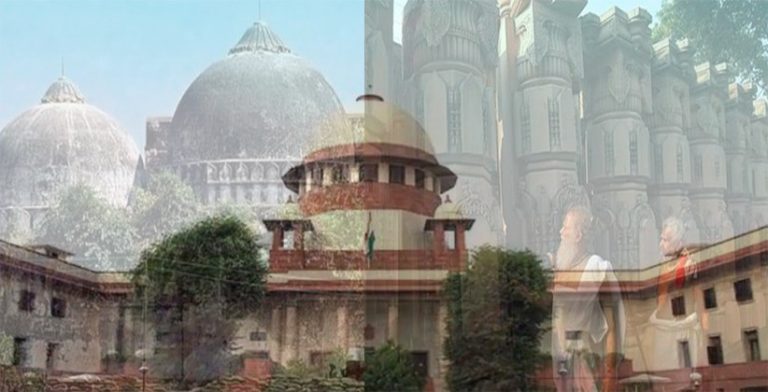 A Supreme Court Bench comprising of Chief Justice of IndiaRanjan Gogoi and JusticesS.A. Bobde, D.Y. Chandrachud, Ashok Bhushan and Abdul Nazeer will hear the Ayodhya land dispute case on February 26, 2019, at 10.30 am.

On January 9, 2019, the case was referred to a five-judge Constitution Bench comprising of CJI Ranjan Gogoi and JusticesS.A. Bobde, N.V. Ramana, U.U. Lalit and D.Y. Chandrachud.

The move came as a surprise considering earlier on September 27, 2018, the apex court Bench comprising of then Chief Justice of India Dipak Misra, Justice Ashok Bhushan and S. Abdul Nazeer by 2:1 majority had declined to refer to a five-judge Constitution Bench the issue of reconsideration of the observations made in 1994 judgment of Ismail Faruqui v. Union of India that a mosque was not integral to Islam which had arisen during the hearing of the Ayodhya land dispute.

Subsequent to the reference, Justice Lalit who was part of a five-judge Constitution Bench recused himself saying he had been a lawyer in a related case.

On October 29, 2018, a three-judge Bench of CJI Ranjan Gogoi with Justices Sanjay Kishan Kaul and K.M. Joseph had adjourned the hearing in the first week of January before an “appropriate bench”, to decide the schedule of hearing.

Read the notice below.