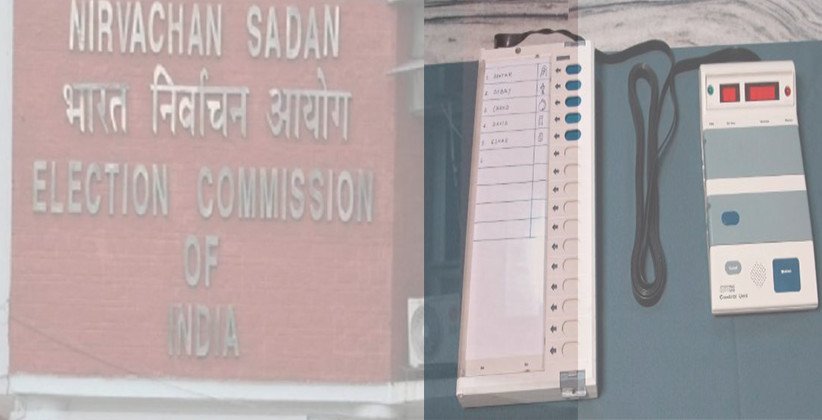 The Election Commission (EC) in a statement issued on January 21, 2019, said that it was examining as to what legal action could and should be taken against the claims made at a press conference in London that the Electronic Voting Machines (EVMs) used by the electoral body could be hacked and that the 2014 Lok Sabha polls were rigged.

Syed Shuja, a U.S.-based cyber expert levelled the allegations via Skype at an event hosted by the Indian Journalist Association and the Foreign Press Association in London.

Shuja claiming that he was a part of the team at Electronic Corporation of India Ltd (ECIL), which designed and developed the EVMs has alleged that the 2014 Lok Sabha polls were rigged and that senior BJP leader Gopinath Munde was murdered because he knew about the tampering.

The expert also alleged that slain journalist Gauri Lankesh had agreed to run the story for him, but she was murdered following an RTI that she filed to know who manufactured cables used in the EVMs.

Rejecting the allegations made, the Election Commission said that “It has come to the notice of the Election Commission of India that an event claiming to demonstrate EVMs used by ECI can be tampered with, has been organised in London. Whereas the ECI has been wary of becoming a party to this motivated slugfest, ECI firmly stands by the empirical facts about the foolproof nature of ECI-EVMs deployed in elections in India.”

“It needs to be reiterated that these EVMs are manufactured in Bharat Electronics Limited and Electronics Corporation of India Limited under very strict supervisory and security conditions and there are rigorous standard operating procedures meticulously observed at all stages under the supervision of a committee of eminent technical experts constituted way back in 2010. It is being separately examined as to what legal action can and should be taken in the matter,” the EC added.

Union Minister Ravi Shankar Prasad on January 22, 2019, accused the Congress of scripting the press conference on EVM hacking and rubbished the claims made by Syed Shuja as baseless.

Prasad also accused senior Congress leader Kapil Sibal, who was present at the event, of “monitoring” the press conference.