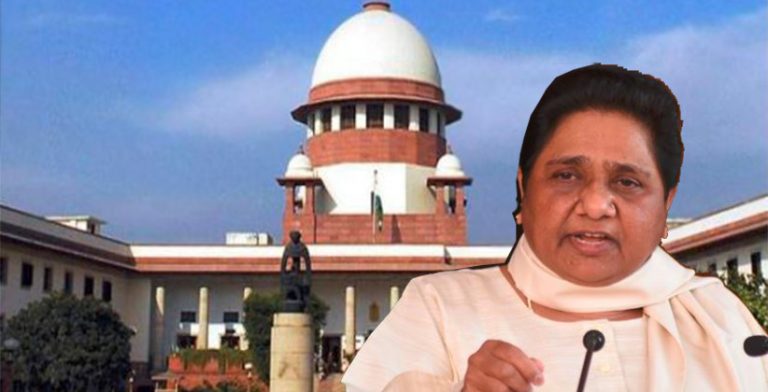 On April 2, 2019, the Bahujan Samajwadi Party leader Mayawati has filed a counter-affidavit in the Supreme Court justifying the decision to spend public money on the construction of statues of herself and party symbol ‘elephant’ in public parks across Lucknow and Noida.

The Affidavit was submitted in reply to a PIL filed by Supreme Court advocate Ravi Kant in 2009 alleging that about ₹2,000 crore was used from the State budget for 2008-09 and 2009-10 for the construction of the statues.

In February this year, a Bench comprising of Chief Justice of India Ranjan Gogoi and Justices Deepak Gupta and Sanjeev Khanna had expressed a tentative view that Mayawati ought to reimburse all the public money that was used to erect these statues. However, the court did not pass any order in that regard and sought Mayawati’s reply on the issue.

Mayawati said in her affidavit that the building of statues represented the will of the people.

She stated that she has given up her life to espouse the cause of the Dalit community in order to help them to raise their standard of lives and to ensure that they also get bare minimum as the citizens of this country. In pursuit of this goal she remained unmarried and launched many welfare schemes for the marginalized, she said.

“The will of the people was expressed by the State Legislature with a proposal to install the statues of the answering respondent at the memorials to show their respect to contemporary women Dalit leader who has decided to sacrifice her life for the cause of underprivileged communities,” she said in the affidavit.

She added that the memorials and statues of herself and other leaders were "intended to promote values and ideals of various sants, gurus, social reformers and leaders among the public and not intended to promote the symbol of BSP or to glorify."

Terming the PIL as “politically motivated”, Mayawati said that the petitioner had not questioned the construction of statues by other parties at other places in the country such as statues of Jawaharlal Nehru, Indira Gandhi by Congress Party, statues of Sardar Patel, Lord Ram and Chhatrapati Shivaji by BJP governments etc. She also pointed out in the affidavit that the funds for the construction of the memorial and installation of statues were sanctioned through budgetary allocations after approval of the budget by the state legislature.