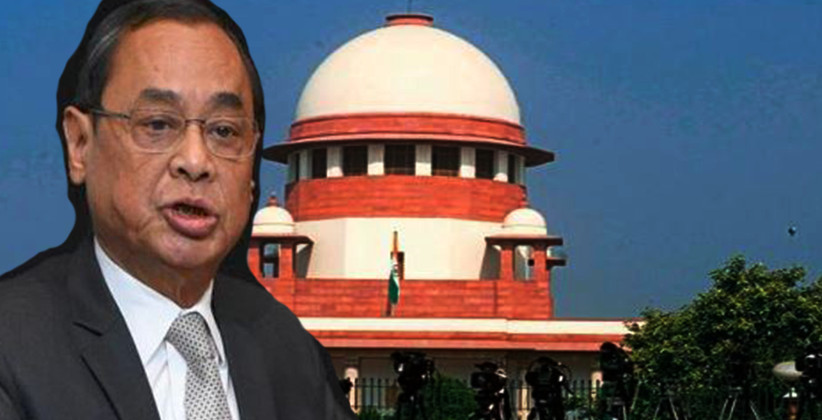 The Supreme Court today (April 24, 2019) summoned CBI Director, Delhi Police Commissioner and the Chief of Intelligence Bureau at 12.30 PM for an in-chamber meeting to decide on the investigation into the alleged conspiracy against Chief Justice of India Ranjan Gogoi.

The Bench comprising of Justices Arun Mishra, R.F. Nariman and Deepak Gupta called the meeting after it took very serious note of the contents of the affidavit filed by advocate Utsav Bains.

The apex court on April 23, 2019, had issued notice to Bains, who claimed that the sexual harassment allegations against the CJI Gogoi was part of a plot by corporate houses and fixers to compel him to resign.

Appearing before the court today, Bains handed over materials to the court in a sealed cover and reacted to the allegations against the Chief Justice of India by saying, “Let me admit in open court that I am disgusted at the way Bar is divided. I have never seen such kind of cheap tactics. Why should I remain in the profession?”

Attorney General K.K. Venugopal read out Bains’ Facebook post and pointed out significant departure in his affidavit. The Facebook post by him had alleged that a "lobby of disgruntled judges" was also part of this plot, in addition to corporate scamsters and corrupt politicians. This mention of "lobby of disgruntled judges" was omitted in the affidavit.

The Bench, after going through the affidavit, noted that its contents were very serious.

"CJI Gogoi was trying to clean up the system. No CJI has shown the courage to take action against certain elements. He was acting without fear of anyone,” Justice Mishra said, expressing solidarity with the CJI.

Solicitor General Tushar Mehta sought a probe by a Special Investigation Team under the supervision of the Supreme Court. However, Bains disagreed and said that “I did not go to police because police is under the State which is ruled by some political party. So let there be a judicial inquiry.”

The Bench directed that Utsav Bains be provided adequate protection.

The Bench will reassemble at 3 PM today.