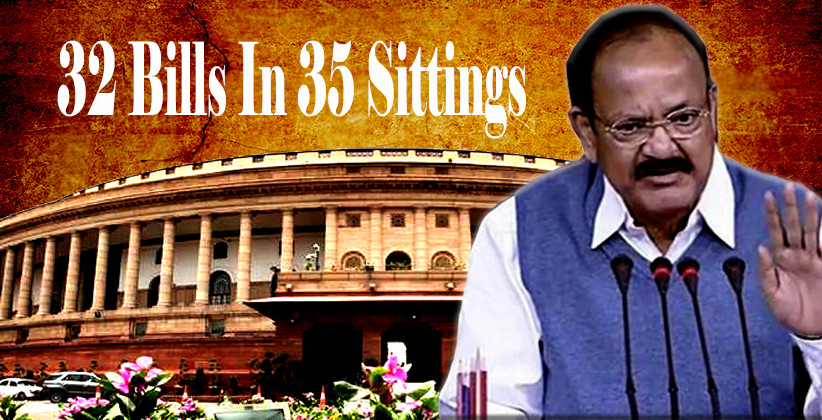 From a disruptive session earlier this year, the Rajya Sabha has clocked one of the most productive sessions in the last two decades, House chairman M. Venkaiah Naidu said on August 7, 2019.

The House, where the Prime Minister Narendra Modi-led Centre is in minority, saw 32 Bills being cleared over 35 sittings, which Naidu claimed, was the “best in the last 17 years."

“This August House turned most purposeful and productive, with productivity of the house at 104.92% – the best in the last five years since 2014," Naidu said lauding the house.

The Rajya Sabha on August 7, 2019, was adjourned sine die, with the chairman paying a heartfelt tribute to former external affairs minister Sushma Swaraj, who passed away late Tuesday night (August 6, 2019) after suffering a heart attack.

While the previous session of the Rajya Sabha was peppered with repeated disruptions and Opposition parties staging walk-outs, Naidu said this session had witnessed a break from “the disruptive past," with all members of the House “scripting this change."

The Upper House recorded 39 debates on legislative proposals on issues of public importance, short duration discussions, and one half-an-hour discussion – with “most of these debates of good quality with all sides presenting their view and perspective."

The House will now resume in November for the winter session.