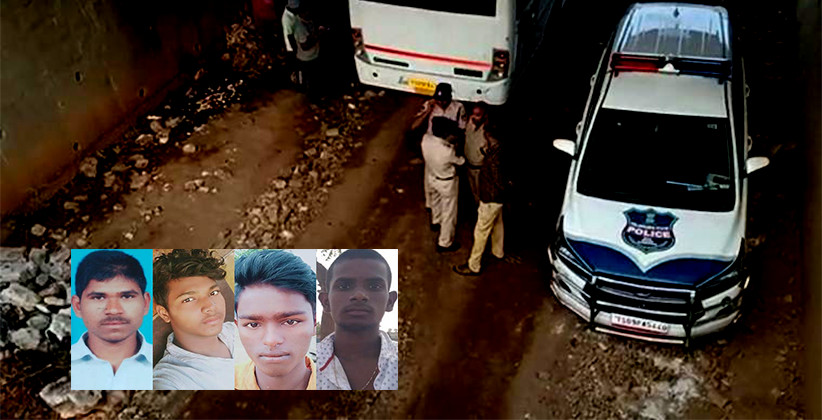 The four accused persons apprehended in the case of rape and murder of a woman veterinarian have been killed in an exchange of fire with the police at Chatanpally of Shadnagar, 50 km from Hyderabad.

According to the reports, the incident occurred when the accused were taken to Chatanpally, where the charred body of the vet was found, to reconstruct the crime scene.

While they were being taken to Chatanpally, the accused tried to flee by snatching weapons from the police. They started firing which led to the encounter.

However, the Cyberabad police are yet to make an official announcement on how the encounter took place. Senior police officials said they would announce the details soon.