Home Executive Who Is Draupadi Murmu? Know More About The Odisha Tribal Leader Who Is India's Pick For President
Executive

Who Is Draupadi Murmu? Know More About The Odisha Tribal Leader Who Is India's Pick For President 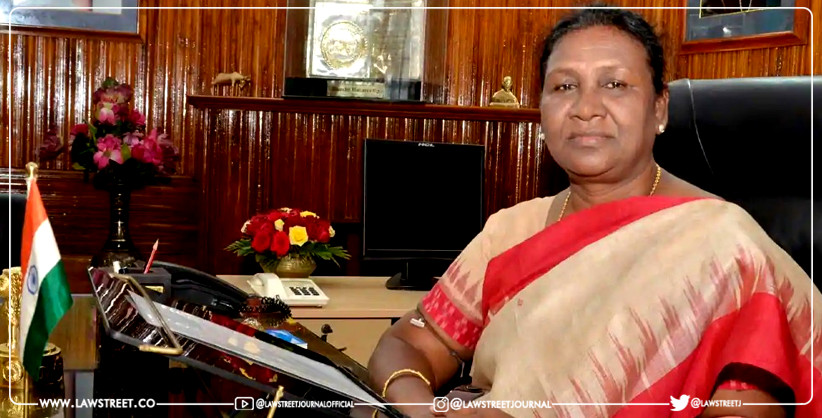 On Tuesday, Draupadi Murmu, considered as the NDA’s candidate for the presidential polls next month. She was first considered a contender five years ago, when President Pranab Mukherjee was set to leave Rashtrapati Bhavan. At the time, Prime Minister Narendra Modi was highly expected to pick the Odisha tribal leader and then governor of Jharkhand.

Draupadi Murmu, a native of Odisha's Mayurbhanj district, was born on June 20th   1958. She has done her bachelor's degree from Ramadevi Women's College, Bhubaneswar. Murmu's personal life has been clouded by tragedy since she has lost her spouse, Shyam Charan Murmu, and two sons.

She began her career as a teacher. She has served as an MLA from Rairangpur, Mayurbhanj, on the BJP ticket twice (2000 and 2009). Prior to that, she served in the portfolios of Commerce and Transport, and subsequently Fisheries and Animal Husbandry, under the BJP-BJD coalition government in 2000.

Murmu was elected to the Rairangpur Nagar Panchayat in 1997 and served as vice-president of the BJP's Scheduled Tribes Morcha prior to her election as an MLA. Murmu was sworn in as the first female Governor of Jharkhand in 2015.

2007 - AWARDED AS "NILAKANTHA AWARD" FOR THE BEST MLA OF THE YEAR 2007 BY LEGISLATIVE ASSEMBLY OF ODISHA.

2000-2004 - MLA, RAIRANGPUR. ODISHA AND BECAME MINISTER OF STATE.DEPARTMENT OF TRANSPORT AND COMMERCE

2002 - DEPARTMENT OF FISHERIES GOVT. OF ODISHA

2022 - ANNOUNCED AS THE NDA'S CANDIDATE FOR THE PRESIDENTIAL ELECTIONS.

Her anticipated victory as President, with the NDA capturing 48 percent of the electoral vote, will give the BJP's tribal drive a significant boost. It might also boost the party's hopes in Odisha, where it has struggled to gain ground against the strong BJD.

"Smt. Droupadi Murmu Ji has devoted her life to serving society and empowering the poor, downtrodden as well as the marginalised. She has rich administrative experience and had an outstanding gubernatorial tenure. I am confident she will be a great President of our nation."

In addition to Murmu, another name that circulated this time was Gopalkrishna Gandhi, the former governor of West Bengal, who was in contention in 2017.

Earlier, the opposition had announced former union minister Yashwant Sinha as its joint candidate for the post. The poll is slated for July 18. If elected, Murmu would become the first tribal President and the second female President of India.