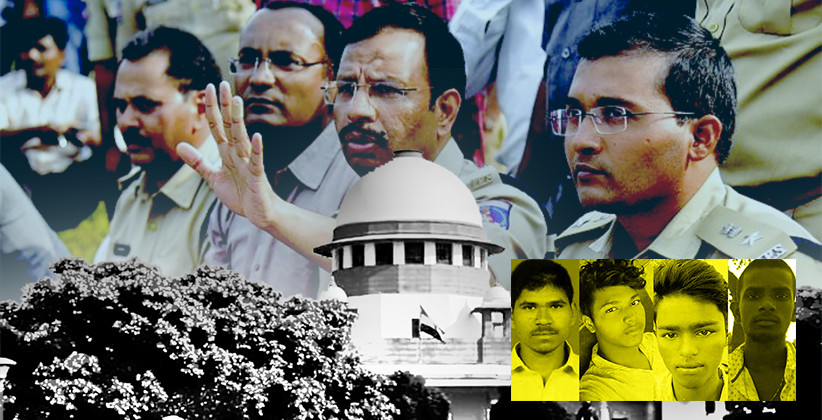 The Supreme Court of India has agreed to entertain a plea on December 11, 2019 seeking to begin an independent enquiry in the Encounter case of four accused rapists that took place on December 6, 2019. A PIL has been filed in the matter of encounter killings before the three-judge bench comprising of Chief Justice SA Bobde, Justice BR Gavai and Justice Surya Kant. The case was filed by Advocates GS Mani and Pradeep Kumar Yadav.

The Supreme Court informed the counsels that the matter was already pending before the High Court of Telangana but the counsels argued that the relief sought in the former was different from what was to be presented before the Apex Court.

The Apex Court agreed to hear the matter only after a thorough perusal of the matter pending before the High Court. Reportedly, the four persons who were accused of raping and killing a 26-year old woman “Disha” (media given name for the rape victim) were taken to the scene of crime early morning on December 6, 2019 in order to reconstruct the crime scene for investigation when the accused tried to snatch guns and run away from the police.

The petition seeks the formation of a Special Investigation Team headed by retired judges of the Supreme Court who along with the CBI would conduct a probe in the matter while the police officers directly involved in the encounters be suspended to prevent the tampering of evidence that suggests that fake encounter killings were held to calm the public outrage or protect real culprits. The petition also seeks severe action against Rajya Sabha MP Jaya Bachan and Swati Maliwal, the Chairperson of the Delhi Commission for Women, for provocation of the police compelling them to conduct extrajudicial killings without paying heed to the due process of law or the right of fair trial of the accused.