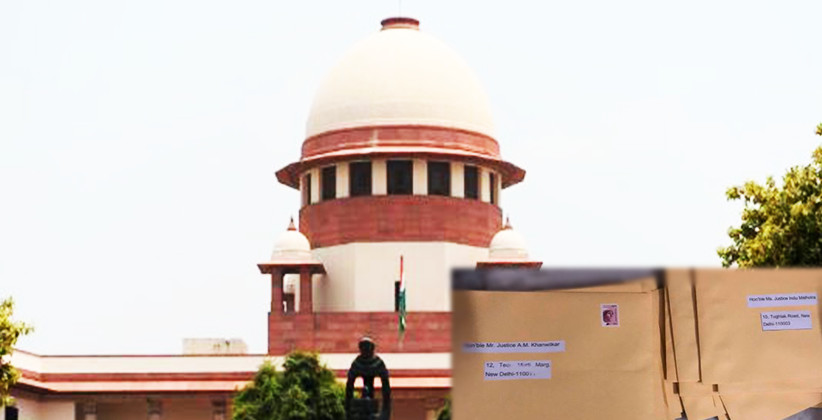 Campaign started by Group of Lawyers to dispatch Bare Acts of the 2013 Anti-Sexual Harassment law to Supreme Court Judges in protest after In-House Committee gave Clean Chit To CJI Gogoi.

The Campaign was named ‘May It Please Your Lordships‘ calls on people to send bulk copies of the Sexual Harassment of Women at Workplace (Prevention, Prohibition and Redressal) Act, 2013 to all Supreme Court of India Judges.

The Campaign promoters emphasised that this is meant to be a “non-disruptive yet effective tool to plead to the Hon’ble Justices to apply the same rules to themselves as they do to others”.

“For an institution which is meant to be the savior of the rights of ​all citizens and the final interpreter of the Constitution, the judges of the Supreme Court of India have for far too long gotten away with impunity from charges of sexual harassment levelled against them”, appealed by campaign promoters.

“Many open letters and statements have been written already, lamenting the absolutely bizarre handling of the situation by the Court thus far. The statement made by the complainant while withdrawing from the so-called inquiry proceedings set up by the Court further makes it clear that far from being well versed with the nuances of sexual harassment and power imbalance, the Court has perhaps forgotten the very spirit behind the enactment of the Sexual Harassment of Women at Workplace (Prevention, Prohibition and Redressal) Act, 2013​ as well as the ​Vishaka​ guidelines.

‘May It Please Your Lordships’ is a small attempt to remind our Hon’ble Judges of the same.

We urge all of you to send as many copies as we all can of the bare act to the judges. In the hope that even if Their Lordships are not reading our open letters and statements, one judge reading one copy of the bare act might decide to stand up and save the institution”.

Campaign promoters were also expressing their views freely for the protest which held Outside Supreme Court.