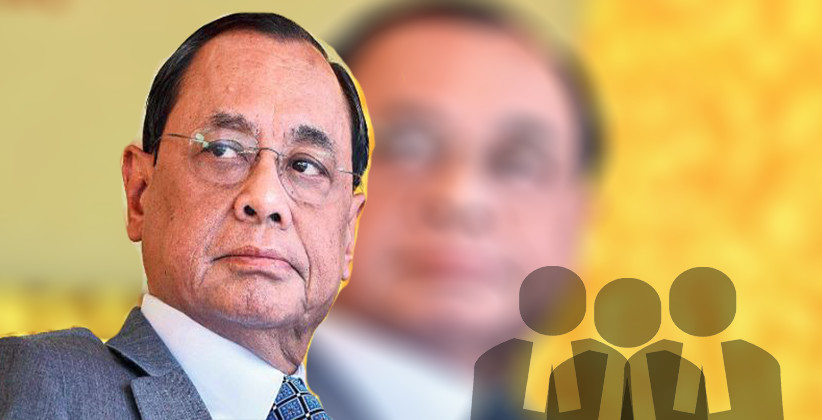 Due to “serious concerns and reservations” about the proceedings of the three-judge inquiry panel, the woman who alleged sexual harassment by the Chief Justice of India Ranjan Gogoi has decided to no longer participate in the proceedings.

In a press release dated April 30, 2019, the woman said that she felt "intimidated and nervous in the presence of three Hon'ble Judges of the Supreme Court and without having a lawyer or support person.”

"I felt I was not likely to get justice from this committee and so I am no longer participating in the 3 Judge Committee proceedings,” the woman said.

She pointed out the circumstances which led her to take this decision:

"1. I have not been allowed to have the presence of my lawyer/support person despite my impaired hearing, nervousness and fear.

The complainant stated that "In the Committee hearing that took place on 26th April 2019, the Judges in the committee told me that this was neither an in-house committee proceeding, nor a proceeding under the Vishakha Guidelines and that it was an informal proceeding. I was asked to narrate my account which I did to the best of my ability even though I felt quite intimidated and nervous in the presence of three Hon'ble Judges of the Supreme Court and without having a lawyer or support person with me. I had also pointed out to the committee that I had lost hearing in one ear completely due to stress and I was undergoing daily treatment for the same. As a result of this I was sometimes unable to hear what was being dictated by Hon'ble Justice Bobde to the court official as a record of my statements before the committee. Further the committee declined my request for video recording of the committee proceedings. I was also clearly told that no lawyer/support person could be present with me during the committee hearing. I was orally instructed that I should not disclose the proceedings of the committee to the media and was to not even share the proceedings with my lawyer Advocate Vrinda Grover. I was asked to appear before the Committee on 29th April for the next hearing.”

“At the first hearing itself I had also placed an application before the Committee to summon the CDR and whatsapp call and chat records of two relevant mobile numbers. However the Committee did not accept my application on the first hearing. The same application was finally taken by the Committee on 30th April 2019, when feeling helpless and distressed I could no longer continue to participate in the Committee hearings……After I left the first Committee hearing on the first day, I saw that the car I travelling by was being followed by two men on a motorcycle whose partial number I was able to note. Before the next hearing I wrote a detailed letter to the Hon'ble Committee members, narrating all this and again requesting that the proceedings of the committee be treated as a formal inquiry and the Committee follow the letter and spirit of the Prevention of Sexual Harassment of Women at the Workplace Act, and that I be permitted to be accompanied and assisted by Ms V. Grover, that I be allowed to produce evidence both oral and documentary with a right to cross examination and that my applications be taken on record,” the complainant further added.

She said that, she was compelled to walk out of the committee proceedings held on April 30, 2019, because “the committee seemed not to appreciate the fact that this was not an ordinary complaint but was a complaint of sexual harassment against a sitting CJI and therefore it was require to adopt procedure that would ensure fairness and equality in the highly unequal circumstances that I am placed. I had hoped that the approach of the committee towards me would be sensitive and not one that would cause me further fear, anxiety and trauma.”

Moreover, she also stated that “I have not been informed if the committee has sought any response from the CJI to my complaint and I have been left guessing and anxious on all these matters.”

On April 23, 2019, a three-member panel comprising of Justices Bobde, Ramana and Indira Banerjee was constituted by the CJI to probe the allegations levelled by the former court Staffer.

Later, Justice Indu Malhotra replaced Justice Ramana, after the complainant, in her letter stated that Justice Ramana is like a family member to CJI Gogoi and frequents his residence often. Owing to this close relationship, she was of the view that her complaint was not likely to get an objective and fair hearing. This led to the recusal of Justice Ramana.